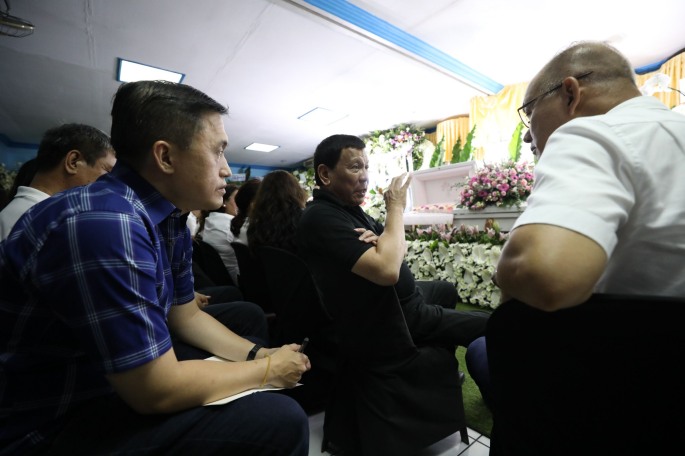 President Rodrigo Roa Duterte condoles with Philippine National Police (PNP) Director General Oscar Albayalde as the President visited the wake of the PNP Chief’s mother Consolacion at the Good Shepherd Memorial Chapel and Crematorium in San Fernando City, Pampanga on July 29, 2018. Joining the President is Sec. Bong Go of the Office of the Special Assistant to the President.PRESIDENTIAL PHOTO

Initial investigation conducted revealved that at about 5:45am of July 29, 2018 while Ranel Somayang Paña, 37 year old employed at CENRO as Garbage collector together with other employees allegedly discovered a black garbage bag placed inside a Transparent plastic cellophane containing Human body and immediately endorsed to this office for proper disposition.

That while at Angel Funeral Homes, it was found out that the discovered Human body is a Female person with stilk undetermined height and age. It was found out further that her head, both arms and both legs were cut separated from her body while the lower portion of her stomach down to her thigh is still missing.

Tracker team of this station are now conducting follow up investigation for possible identification of the victim and apprehensiin of the perpetrator/s.

The victim was positively identified by her father Mr. SOPRIANO MATURAN ALBARICO, 68 years old, married, carpenter, a native of Tibungco, Bunawan District, Davao City and a resident of same address at around 7:20pm of July 29, 2018 upon learning that a female person was brought to the said funeral parlor as announced by a reporter of Bombo Radio Davao prompted him to proceed thereat.

The father revealed that prior to her discovery, victim allegedly left their residence at around 3:00pm of July 26, 2018 and failed to return home.

Tracker team of this station are continuosly conducting follow-up to determine the motive and possible identity of the suspect/s.

Please be informed that MARGIE ALBARICO is alive. She was seen by a concerned citizen from COMVAL and subsequently turned over to COMVAL
POLICE STATION last night.

Around 3:40am July 31,2018, her custody was properly turned – over to her parents and they are now heading Dvo City.

Hence, the found dead body is not Margie which was claimed earlier by her parents after reported missing last week. It was a mistaken identity.

At this point in time, found human body is still unidentified. For information. 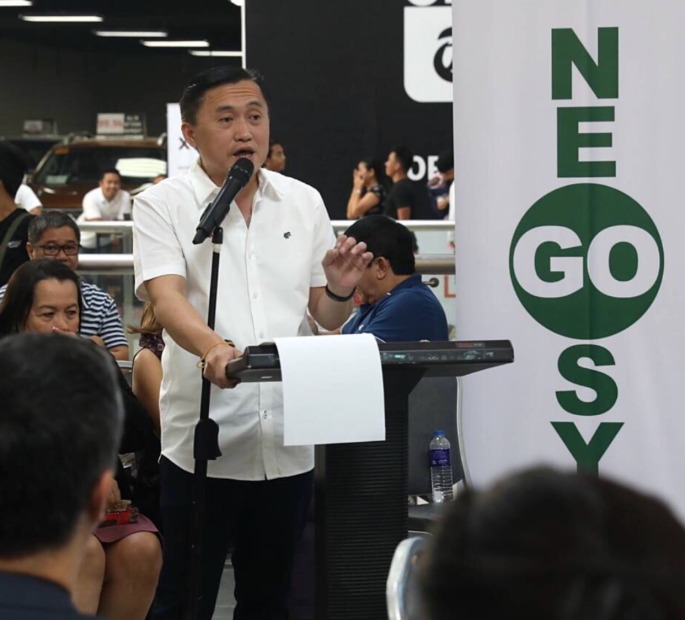 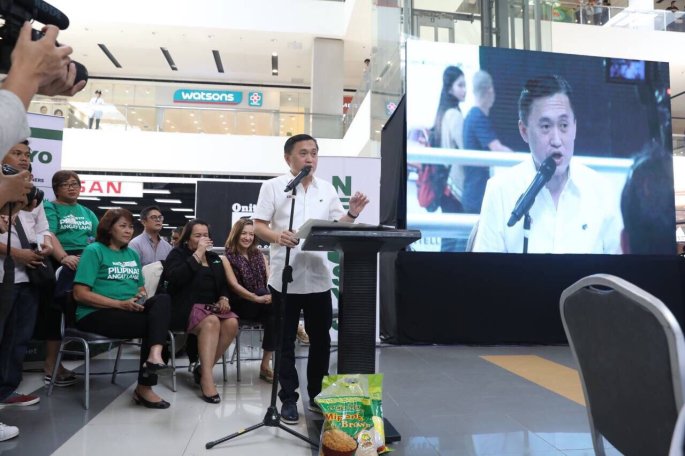 The program also provides an avenue for capacity building in realizing President Duterte’s goal of building an inclusive economy.

Former president and newly-elected Speaker Gloria Macapagal-Arroyo on Friday morning visited her congressional district to join the relief operations for typhoon victims. Speaker Arroyo, together with Pampanga Governor Lilia Pineda,  led the distribution of relief goods to the residents of Brgy. Sebitanan in Sasmuan, Pampanga.

There were around 663 families affected in Sebitanan alone.  Arroyo explained that they identified the areas gravely affected by the typhoon to be able to assist them as soon as possible.

“I looked at the reports of the most devastated areas. We identified about 10 districts and said, we assist the 10 districts immediately,” said Arroyo.

Speaker Arroyo added, “we start with the relief goods, maybe, medical [assistance] din. That’s why we have the NDCC (National Disaster Coordinating Council) meeting on Monday so we can find out from them what are the plans for rehabilitation and check them out.”

Thereafter, she visited Dinalupihan, one of the municipalities in Bataan that was badly hit by the typhoons and was even placed under state of calamity.  Speaker Arroyo was warmly welcomed by Rep. Geraldine Roman (1st District, Bataan) along with other local officials.

Rep. Roman also recounted the concern expressed by Arroyo on her first day as House Speaker.

Arroyo, for her part, shared that her responsibility is not limited to her constituents in the 2nd District of Pampanga, especially now that she was elected as House Speaker.

In an interview after the relief operations, Arroyo said that a priority bill is being processed in Congress that shall create a Disaster Management Department. She hopes that it will be passed at the Committee level the following week.| M Gonzales