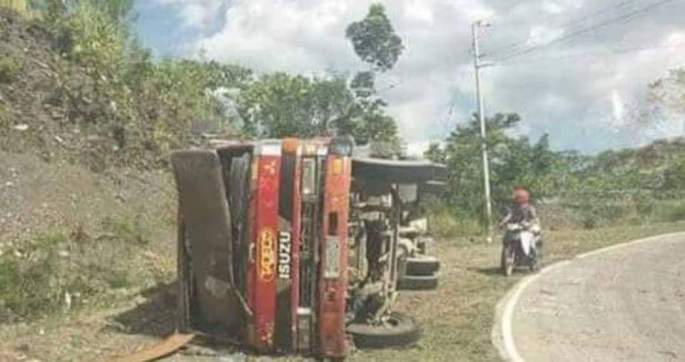 Several students onboard an Elf Isuzi truck were injured when the vehicle lost brake and turned on its side.

Reports showed that about 61 students from the Tanglaw National High School in Talaingod, Davao del Norte were onboard the truck with plate number LEH480 when the accident struck.

The students came from an outreach program in Braulio E. Dujali town and were on their way back when the truck lost its brake along Lower Mesolong, Talaingod around 1:20 Friday afternoon, September 28.

The injured were brought to the Kapalong District Hospital and the Davao Regional Medical Center in Tagum City for treatment.

No one was reported dead from the said accident.

Said program is a 4 in 1 Package, which is designed to initiate: Identity/background check and profiling of transient residents in our urban poor communities in the City; Manhunt Operations/ Arrest of Wanted Persons/ fugitives hiding in these communities; Community Outreach/ Free medical check-up and giving of medicines and vitamins, and; Community Empowerment thru Crime Prevention Education.

The operation dubbed as “Oplan:Kalinaw,” led by PSSUPT Alexander Tagum has resulted in the identity/background check and profiling of 826 residents; 756 are with ID’s , 170 persons failed to present their ID’s and the arrest of twenty two (22) wanted persons with serious criminal offenses as follows; 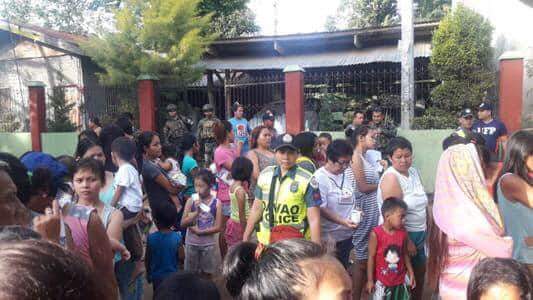 In addition, a total of 570 residents availed of the free medical check-up, Supplemental Food Feeding and 669 persons received free medicines and vitamins. The activity ended at about 11:00 AM.

PCSUPT MARCELO MORALES, Regional Director, lauded the Davao City Police for this accomplishment. Further said that the Police Regional Office 11 will continue to intensify the campaign against wanted persons and other anti criminality efforts to support the program of the government in crime reduction. 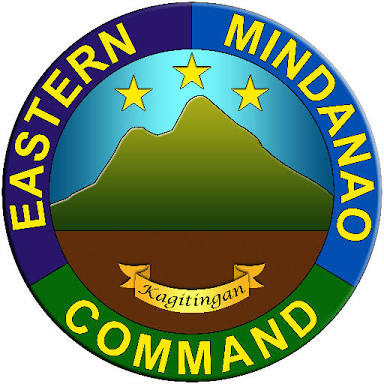 The CPP NPA Terrorist Group (CNTG) objective ever since is to overthrow the democratic government and replace it with an authoritarian socialist form, and ever since, this threat has pulled down our country’s growth and development. It aims to foment continuing unrest by way of agitation among the urban poor and rural peasant communities. For instance, in Davao and CARAGA Regions, the CNTG through their front organizations are carrying special lumad/IP campaign narratives such as “Bakwit Lumad”, Attack on IP schools, and “Lakbay Lumad” (Lakbay Europe, Lakbayan or Manilakbayan).

In an information discovered by the AFP, the CNTG will mobilize different groups and sectors in the different regions to oust PRRD. Included in the areas being considered are Davao and Caraga Regions wherein they will be using the above narratives to achieve the critical mass. This will be backed up by hyping the issue of alleged extrajudicial killings, attack on lumad communities, and human rights violations. Likewise, during the Law Enforcement Operations in General Santos on July 4, 2018, wherein the arrested high ranking CTG personalities were allegedly there to plan the mobilization of their masses and implement their plans to oust PRRD. These pieces of information reveal that the mobilization will be in line with the red letter dates, which include September 21, 2018, during the commemoration of Martial Law Declaration and the Peasant Week on the 3rd week of October.

While the government is finding legal ways and means to uplift the socio-economic condition of our people and bring peace in our communities, the CNTG continuously employs threat and coercion, harassing the implementation of 15 government and non-government projects which were intended for the poor when their extortion demand is not met.

For the year 2018, the NPAs liquidated six tribal leaders in eastern Mindanao who were suspected as military informants, or for allegedly being anti-communist and for protecting their tribe and domains from being infiltrated by communist ideology.

All these efforts, to mobilize communities and groups, particularly the Indigenous Peoples in eastern Mindanao, as a prelude to creating the so-called “favorable” situation to oust President Duterte is bound to fail. The people, particularly the IPs and other marginalized communities in eastern Mindanao, are now feeling the sincerity, generosity, and compassion of the government with the socio-cultural and economic interventions being delivered by the Local Government Units. This is being backed up by the convergence of efforts of different agencies led by the National Commission on Indigenous Peoples through their Ancestral Domain Socio-Economic Programs like IP Health Program, IP Education Program, IP Livelihood and Skills Development Program and others in their Ancestral Domains.

Further, the NPA in Eastern Mindanao is losing leaders, elements, supporters, and firearms through the relentless Focused Military Operations and Community Support Programs being conducted by different units in Mindanao in coordination with the Philippine National Police and other Law Enforcement Agencies.

Since January 1, 2018, 659 NPA regulars, 910 members of the Milisyang Bayan and 285 members of the Sangay ng Partido sa Lokalidad surrendered to the Government while 7, 294 members of the Underground Mass Organizations withdrawn their support with the NPA. In fact, from January 2017 to Sept 23, 2018, 256 NPA who are Indigenous Peoples surrendered and are now being processed to be enrolled in the Enhance Comprehensive Localized Integration Program (E-CLIP). Likewise, several leaders of former CPP/NPA influenced tribal communities like that of Datu Gibang Apoga have gone back to the folds of the law and are now being welcomed by the Government through the same program.

For the past two weeks, three high ranking NPAs were neutralized in Eastern Mindanao, the Commander of the Pulang Bagani Command 3 identified as @Ivy was killed in an encounter at Cabarisan, Sibulan, Toril, Davao City on September 16, 2018. In a separate instance, the Front Secretary of Guerilla Front 51 identified as Jecko was killed in an encounter with the Government troops at Flortam, Batasan, Makilala, North Cotabato on Sept 17, 2018. Lately on September 24, 2018, the Front Secretary of Guerilla Front 73, was arrested in a Law Enforcement Operations in Surallah, South Cotabato.

Relative to Martial Law in Mindanao, the rights base implementation in Mindanao have the support of Mindanaoan as it contributed to the situation for the better and prevented the spillover of terrorism and led to the arrest of different terrorists and their leaders.

In this regard, we are calling on the cooperation of everyone. The people of Eastern Mindanao deserve to have a peaceful regional environment conducive for development. The continuous armed struggle will only bring death, misery, hate, anger, and poverty. Let us all join hands and harmonize all our efforts to solve lingering issues and improve the living conditions of the people through the framework of good governance, inclusive growth, and development and enhanced human security.

At around 7:30 o’clock this morning, an unidentified gunman onboard a motorcycle shot three times at close range Atty. Donasco, who was then inside his pick-up vehicle that was parked along Candelaria Street, Ecoland, Davao City, in front of the Benigno Aquino Hall of Justice, and a few meters away from the PNP Crime Laboratory and Highway Patrol Group. Luckily, Atty. Donasco survived the attack. He was not hit, but he suffered minor injuries caused by the shattered left front door glass of his vehicle.

This incident is highly alarming as it happened only two days after Atty. Connie Villamor was murdered in broad daylight in Tagum City. The brazenness of the attack done in broad daylight near the Hall of Justice and police offices makes the incident even more alarming.

In our democratic society where our rights and obligations are determined in accordance with established rules, we need lawyers, who know the law and its intricacies, to enforce our rights or defend us against any violation of our rights.

We, lawyers, have the duty to resolutely pursue the interests of our clients, within the bounds of the rules, and to the best of our abilities. We need an environment that is conducive for legal practice—an environment where we only worry about the results of the cases we handle for our clients, and not about our safety or security or that of our loved ones.

We thus call on police authorities to investigate with dispatch the said murder attempt on the life of Atty. Donasco. Nothing less than the identification and prosecution of the gunman and his principals could allay the fears of lawyers for their lives as they continue to advocate for the cause of their clients.

We also reiterate our call for the public’s understanding of the role of lawyers in our civilized and democratic society, and for all lawyers to remain steadfast and committed to our duty to help dispense justice despite the perils associated with the exercise of our profession.

Please be informed that at about 7:30am of September 26.2018 Shooting incident transpired at Candellaria St. Ecoland Davao City (in front of PNP Crime Lab)
Victim identified as Wilmer Quiñones Donasco, male, 44 years old, Lawyer and a resident Matina Davao City.

Initial investigation conducted disclosed that at about 7:30am of September 26,2018 while the victim was about to parked his driven Chevrolet Pick at Candellaria St. Ecoland DC when suddenly two unidentified male persons onboard undetermined motorcycle passed by,subsequently the back rider fired the victim twice fortunately victim was not hit by bullet.

Victim sustained minor injury cause by the debris of the glass. Elements of this office were still conducting follow up investigation.