The time stamp showed that the explosion happened at 1:48 p.m. outside the mall.

Authorities are still scanning more of the footages to determine who placed the improvised explosive device that killed two people and wounded 32 more.

Initial report states that the suspected improvised explosive device went off around 1:59 p.m. infront of the South Seas Mall. 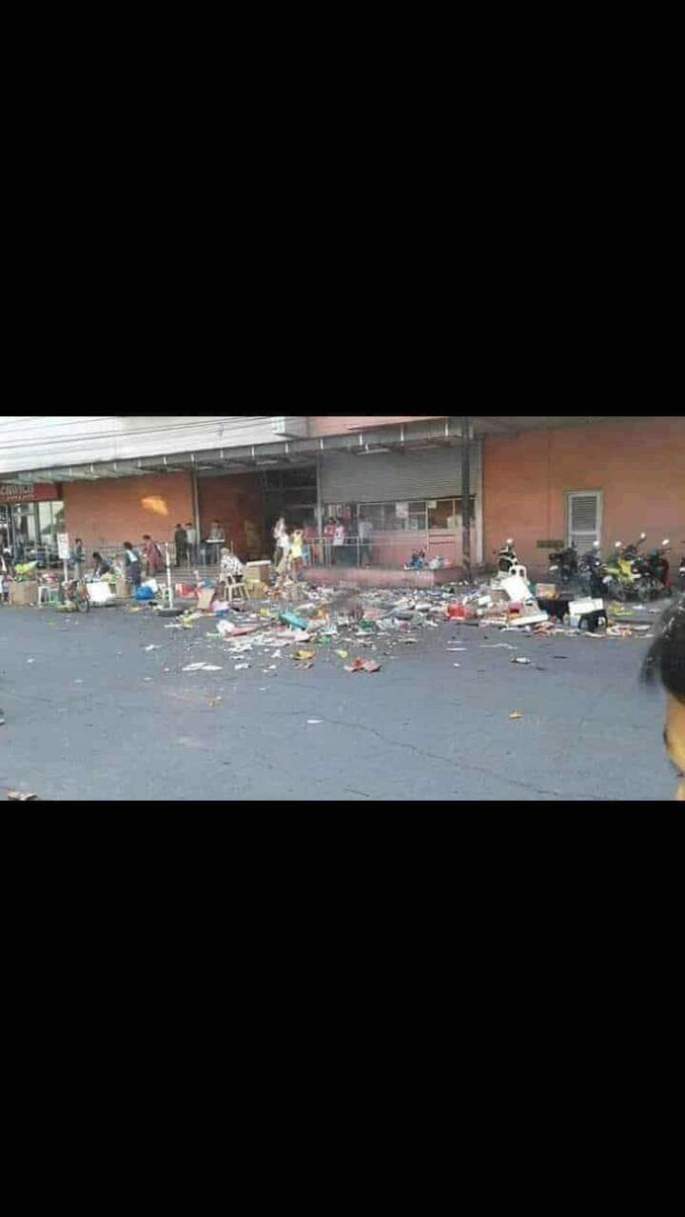 Eleven victims were rushed to the hospital. Authorities are still investigating the incident as of press time.

Latest update showed that 25 people were wounded while two died.

Unconfirmed reports showed that another IED was detected at the 2nd floor at the baggage area of South Seas Mall at around 2:40 p.m.

The recovered IED was suspected to contain black powder with unknown chemicals and secreting foul odor.

Personnel and customers were advised to vacate the place immediately.

The Cotabato City LGU initially identified the victims as:

None is reported to be fatally wounded so far.

“I strongly condemn the bombing incident that happened in front of South Seas Mall today, a day before the New Year, the took away several innocent lives and injured dozen others.

This is not just another terroristic act but an act against humanity. I cannot fathom how such evil exists in this time of merry making of our fellow Cotabatenios.

It is unimaginable how some people can start the New Year with an act of cruelty but no matter how you threaten us, the people of Cotabato City are resilient and we are stronger than how you think we are.

We will stand up against terrorism. We will fight against evil.”

Official statement of North Cotabato Gov. Emmylou Taliño-Mendoza on the distribution of CLOAs to ARBs in her province:

The historic CLOA distribution on Saturday was a good year-end gift from the government to people of Cotabato Province.

The provincial govt of cotabato genuinely supports the national government’s land reform program as we believe in this administration’s sincerity to address landlessness, which is among the main roots of conflict in our country.

We, in the provincial government and the people of Cotabato Province, are grateful and honored that no less than the President grace the historic event.

To the beneficiaries, cultivate and nurture your lands for the future of your children.

President Rodrigo Duterte was a no-show in the Rizal Day ceremony here in Davao City.

Davao City Mayor Sara Duterte instead represented the President who was said to have been advised to rest.

Below is President Duterte’s message read by Mayor Inday Sara:

I recognize the efforts of the National Historical Commission of the Philippines and its partners for successfully organizing this year’s commemoration of the 122nd anniversary of the martyrdom of Dr. Jose Rizal.

Today, as we remember the sacrifice of Dr. Rizal and the other patriots of the Philippine Revolution, we look back into our past and learn from the life and legacy of our national hero.

It is my sincere hope that this year’s commemoration will inspire everyone to emulate Rizal’s patriotism in their own ways, by supporting the government’s development agenda and our campaign against corruption, criminality and illegal drugs.

Let us all do our part in nation-building and become productive citizens who can contribute to the overall advancement of our nation.

True to this year’s theme, I enjoin everyone to focus on developing one’s self for the benefit of our countrymen.

Let this be the foundation of a truly free and progressive country.

Intelligence must indeed always go hand in hand with compassion. And it is by having genuine concern for our kababayans that we can truly show the goodness of our character, just like our national hero.

Let our love of country, genuine service for others – which are innately Filipino – fuel our desire to aid in addressing the plight of our countrymen.

I encourage everyone to dedicate your skills and talents to love and serve our country just as Rizal did more than a hundred years ago.

We need to free ourselves from the shackles of poverty, criminality and corruption. And we can only do so if we give primacy to education and hard work as the means to improve one’s lot in life.

May Rizal’s courage and patriotic fervor inspire us all to develop compassion for our fellowmen, as well as foster a greater desire to always think of the common good so that we may be able to progress as a people and as a nation. 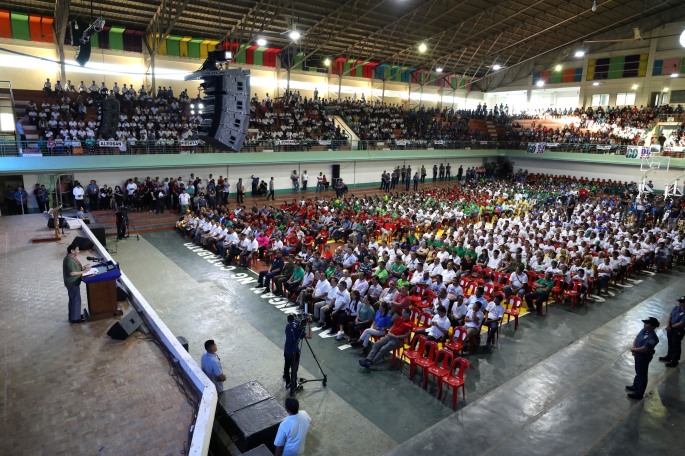 President Rodrigo Roa Duterte hands over a copy of the book “Altar of Secrets” to North Cotabato Governor Emmylou Taliño-Mendoza during the ceremonial distribution of Certificates of Land Ownership Awards (CLOA) to agrarian reform beneficiaries (ARBs) of Cotabato Province at the Provincial Gymnasium, Capitol Compound in Kidapawan City, Cotabato on December 29, 2018. PRESIDENTIAL PHOTO