The move came two days after the supposed date of demolition and amidst assurance from Mindanao Development Authority chair Manny Piñol that Jubahib promised not to implement the demolition until such time the governor and the Minda chair has met and discussed the matter.

A heavy equipment along with policemen stormed and destroyed the gate of Tadeco in Barangay Tanglaw, Braulio E. Dujali.

Minda chair Manny Piñol has meanwhile arrived in the area to ease the tension.

It was learned that a court has issued a temporary restraining order against the demolition order of Gov. Jubahib but the TRO arrived too late to stop the demolition of the Tanglaw gate. 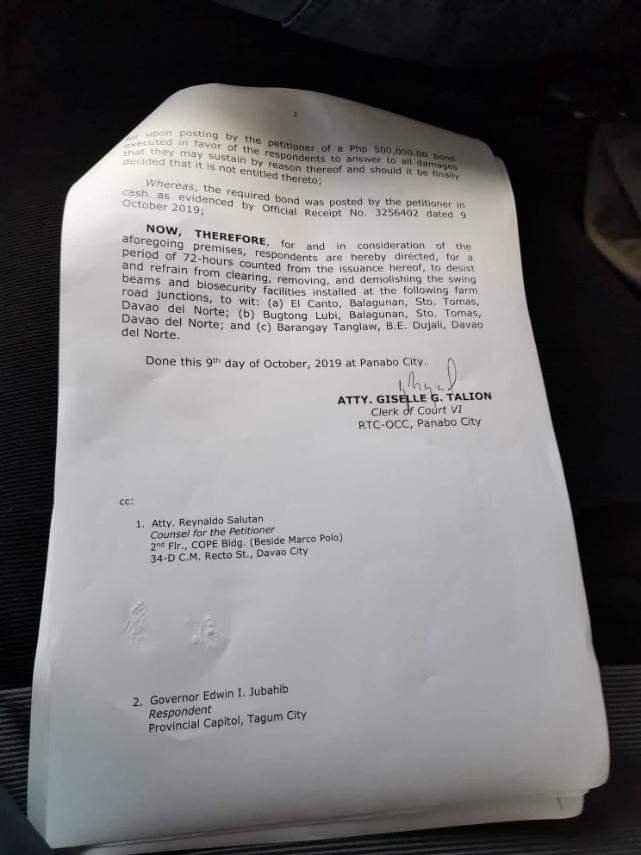 In his FB post, Sec. Piñol declared that the “problem has been resolved”.

Provincial equipment sent to demolish the barricades had been withdrawn. Gov. Edwin Jubahib agreed to diffuse the situation by heeding the request of Pres. Rody Duterte and Sen. Bong Go to settle the problem amicably. Also, local court issued a TRO,” Piñol said.