Senator Christopher “Bong” Go, chair of the Senate Committee on Health, on Wednesday, January 20, filed Senate Bill No. 2000 which seeks to grant the President of the Philippines the authority to suspend the scheduled increase in the premium contribution rates of the Philippine Health Insurance Corporation.

In line with this, Go has urged the national government to shoulder first the necessary funding to implement the Universal Health Care Law while majority of Filipinos are still overcoming the adverse effects of the COVID-19 crisis on their livelihoods and the whole economy.

SBN 2000 authorizes the President to suspend, upon the recommendation of the PhilHealth Board, the increase in premium contributions when public interest so requires, such as times of national or public health emergencies. The increase and all succeeding increases shall be implemented in the year following the cessation of the emergency.

In March 2020, PhilHealth issued Circular No. 2020-005 which provides for a new schedule of contributions mandated under Republic Act No. 11223 or the UHC Act.

Mandatory PhilHealth contributions are set to increase annually from 2020 to 2025 until they reach 5% of the monthly income. Direct contributors were to pay a fixed monthly premium of P350 to P2,450 depending on their monthly income starting January 1, 2021.

Employee contributions will be shared equally by the employee and employer. Meanwhile, self-paying members, professional practitioners, land-based migrant workers, and other direct contributors with no employee-employer relationship shall shoulder the full amount.

To ensure people’s continued access to affordable health coverage, Go earlier issued an urgent call to government finance managers and his fellow legislators to defer the scheduled increase in light of the COVID-19 pandemic and its adverse impacts on the jobs and livelihoods of Filipinos.

He emphasized that “government, as a whole, must do its best to unburden Filipinos by shouldering the cost while ensuring that the Universal Health Care Law is implemented and the services of PhilHealth are unhampered.” 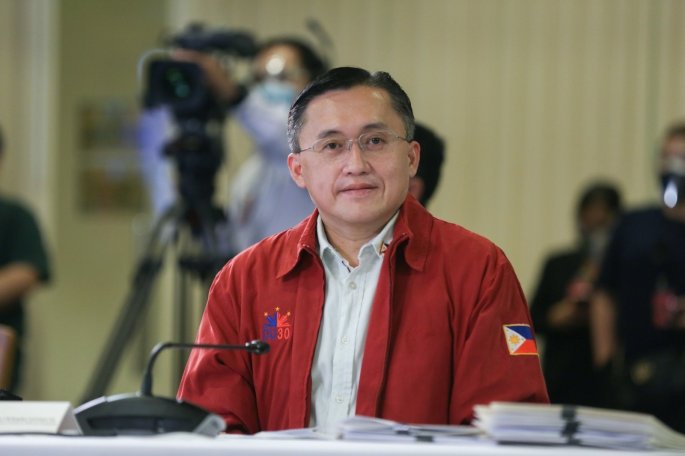 In response, the state insurance agency expressed their support for the President and his decision in a statement issued on January 5. It announced it would continue to use the 3% contributions rate as opposed to the 3.5%.

PhilHealth also committed to work closely with the Houses of Congress to find a “whole-of-government and whole-of-nation solution” to the issue.

“Should there be no new legislation passed for this purpose, the state health insurer will proceed with the scheduled premium rate and ceiling as provided for in the UHC law,” the Philhealth said.

“Cognizant of the fortuitous situation that ravaged so many lives and derailed the economy, PhilHealth will do its part in alleviating the lives of Filipinos especially insofar as their health is concerned,” the statement continued.